Lasithi is the thriving tourist destination of Crete. The natural beauty of the region is depicted in the plateau of Lasithi as well as in the tropical scenery of Vai with a palm trees forest spreading along with a white sandy beach with aquamarine sea waters.

The ancient city of Lato which flourished in the Archaic and Classical times was situated in the same place where the city of Agios Nikolaos is. The name of the city was given by the church of Saint Nicholas, one of the oldest in Crete with Byzantine frescoes dating back in the 8th century.

The fertile Lasithi Plateau provides excellent cycling opportunities through quiet rural villages. Other main attractions are the famous palm forest and beach at Vai and the Minoan palace of Zakros. Agios Nicholas is a very cosmopolitan city with a strong tourism activity. Ierapetra is the southernmost city in both Greece and Europe. The city has many hotels, rooms and taverns. Around the port there are several restaurants and there are boat excursions to Gaidouronissi island. Sitia, because of its location, is remote from the rest of Crete and has developed a different character from the rest of the island.

The only airport in Lassithi, the easternmost part of Crete island, is located in Sitia, 1 km from the city centre. This airport is small and operates only in summer.

The airport of Sitia serves charter flights to other small airports in Greece and the Greek islands. The small charter company Sky Express has its base in Sitia and operates direct flights around the country.

Transports from/to the airport Transport from the airport of Sitia to the rest of Crete is made by bus, taxi or rental car.

Agios Nikolaos was settled in the late Bronze Age by Dorian occupants of Lato, at a time when the security of the Lato hillfort became a lesser concern and easy access to the harbour at Agios Nikolaos became more important.

Agios Nikolaos is accessible from the mainland and the whole of Europe through Nikos Kazantzakis airport, and the many daily ferry services in Heraklion (64 km). You can also travel through Sitia airport boarding onto a domestic or charter flight or through its harbour (67 km). Recently the town became host to a department of a Technological Educational Institute (TEI), offering tourism-related courses.

Agios Nikolaos is probably best known as a tourist town that serves as a hub to the twenty or so small villages and farms that make up that part of Lassithi. Tourist attractions include the small lagoon Lake Voulismeni, small beaches in the town, the tiny island Agioi Pantes, the archaeological museum, the local flora exhibition “Iris” and numerous fairs.

Just a short ferry ride away from Agios Nikolaos is the island of Spinalonga, an old Venetian fortress turned ex-leper colony in the beginning of the 20th century.

Tourism is mainly West European with Greek tourism concentrated in mid August, though there are a considerable amount of Russian vacationers in East Crete. The lagoon features a small park with a trail, traditional fishing boats, ducks, pigeons, an amphitheatre and many cafès.

The modern city of Agios Nikolaos became internationally well-known during the 60’s, when it was “discovered” by famous cinema directors (Jules Dassin, Walt Disney etc.), BBC producers and many others. It was then that the rapid tourist development of the area started. Among the various productions filmed were He Who Must Die, The Moon-Spinners, and the TV series The Lotus Eaters.

Shore Excursion – For guests who want the flexibility of designing their own itinerary, a private car and driver is the answer

If you choose the driver-only option, please be aware that the drivers’ command of English varies and that drivers cannot act as tour guides.

Vehicles are air-conditioned and are provided with a driver. Guests are not allowed to operate vehicle.

Type of vehicle used will be determined on number of guests booked.

Dress: If you plan to be visiting a religious or memorial site, shoulders and knees must be covered. Comfortable flat-soled walking shoes, sun glasses and sunscreen are recommended.

Confirmation will be received within 48 hours of booking, subject to availability. 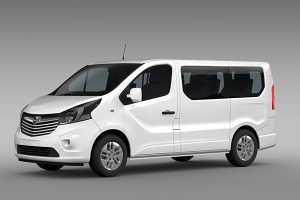